Making a Difference for Florida Beaches

“Never doubt that a small group of thoughtful, committed citizens can change the world; indeed, it’s the only thing that ever has.” 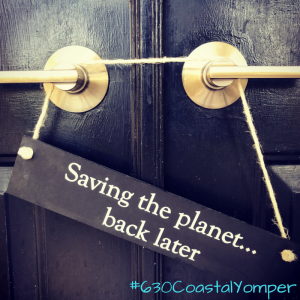 We’re all passionate about the ocean at Allard PPC and our sister company VRA Associates. We have ocean lovers of every stripe, and our founder, Ross Allard, a surfer since the age of four, is an ocean enthusiast who SUP surfs, kite surfs, windsurfs, wind foils and dives, among other water sports. A former mariner with the merchant marine, Ross inspires us all by being as much at home in the water as he is on land.

So you can understand why we all take ocean health very seriously. And despite some challenging news, we remain hopeful that citizens and voters will rise up and force legislators to make ocean health a top priority in Florida, the United States and around the world.

At times, it can seem like an uphill slog, like right now, when red tide again threatens our coast. At the same time, Ross suffered viral vertigo, likely brought on by swimming in polluted waters.

These things are daunting, we admit, but we are firm in our belief that Margaret Mead’s “small group of thoughtful, committed citizens” are already at work changing the world.

We’ve seen them up close and personal, working on small scales, replanting the edges of neighborhood ponds, and on much larger scales, working to clean coastlines, acting responsibly, educating their fellow citizens about best practices for clean water.

We are proud to be part of the group that is working to defend our waters here in Florida. Ross has taken it a bit farther than that, having started his work in water protecting and conserving Florida waters in 2004 and recently expanding his efforts to raise awareness about threats to the coasts and estuaries of his native England as well.

“One Person can really make a difference,” Ross likes to say. More importantly, those of us who work with him are inspired to do as much as we can to protect and preserve our waters.

The most inspiring part of the work is seeing the results of our early steps.

“It makes me even more driven to achieve more,” Ross said. #ProtectingMYplayground 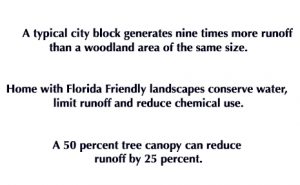 Everything you do matters.

The smallest thing you do ripples far beyond what you can see and experience. We believe honest, hard work on behalf of the natural world can reach the highest levels of government and make the biggest difference.

We all know politicians will not ignore what’s important to their constituents.

So even if you can’t wade into a pond to plant greenery, even if you don’t have time to walk a coastline and pick up trash. If you can’t help push a stranded dolphin back to the Gulf of Mexico, you can do something much more important.

During a recent BBC interview, legendary wildlife documentary narrator David Attenborough expanded on that idea to include the greatest power any citizen has: to choose their leaders.

Attenborough said that people can “think of the consequences of what they do, of what they throw away, what they eat, how they organize their lives, and — in the end — who they vote for.”