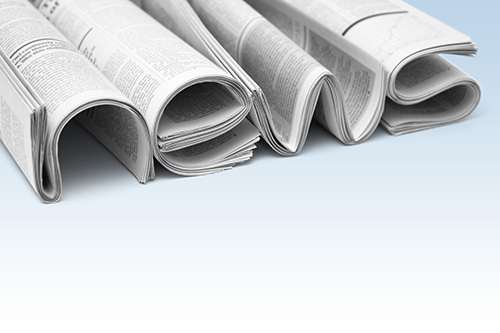 There’s no doubt there’s a lot of negativity circulating these days, and right alongside it is the feeling that things are getting worse not better on many fronts. But we’re perennial optimists at Allard PPC and VRA Associates, and we’ll tell you why.

By young people, we mean those of a particular age as well as those of every age who are young at heart and embrace the change that will transform the world. We like to count ourselves in the latter category.

Millennials catch a lot of unjust criticism for being takers, for expecting someone else to do the work for them. You name it, and Millennials have been blamed for it or for making it worse if they weren’t around when it started. This is not new. The exasperated expression “kids today!” is grounded in a hardening of the creative arteries that afflicts every generation as it ages. It’s a worldview that discounts the contributions of younger generations for no logical reason.

But we firmly believe that these are the people who are going to save the world, one brilliant idea at a time.

“Millennials, they get it,” said Ross Allard, founder of Allard PPC and VRA Associates. “They will be the game changers.”

It was doing Yelp campaigns for his family’s restaurant and looking at reviews for movies on Rotten Tomatoes and books on Amazon that Palmieri had an idea.

“I was looking around at all these other platforms where consumers had the power and industry was being held accountable,” he said.

He called college friends Jared Fesler and Austin Walter and pitched the idea of a website that holds media accountable in much the same way: with reviews.

From this Tribeworthy was born, its motto: “Online news is no longer a spectator sport.”

What Palmieri, Fesler and Walter mean is readers now have a say, via rating articles they read, in what constitutes unbiased, accurately reported news.

As the website clearly explains, “By simply reading and reviewing articles on Tribeworthy, you’re already contributing real-time feedback and information to help your news gathering community.”

The site’s sharing feature “makes it fun and simple to warn friends about unreliable news stories by simply sharing the Rating Page of any article, author, or news outlet.”

So not only can users actively comb the site, but they can also alert friends on social media, the epicenter of fake news and the fallout from it.

It’s a solution to a problem that has grave implications if it’s not resolved by the next election. No matter your political views, we believe that it’s essential for accurate news to reach the public.

“This is the future,” Allard said. “The future is now.”